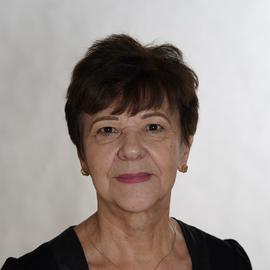 Department of Artificial Intelligence, Wroclaw University of Science and Technology

Halina Kwaśnicka, DSc, PhD, is a full Professor at the Department of Artificial Intelligence, the Faculty of Information and Communication Technology, Wroclaw University of Science and Technology, Poland. She graduated from the Faculty of Electronics at the Wrocław University of Science and Technology. She received PhD and DSc (habilitation in Poland) at the Faculty of Electronics. In 2009 she was nominated by the President of Poland as a full professor (the highest scientific title in Poland), the System Research Institute Polish Academy of Sciences conducted this procedure. She was a founder and the head (up to the end of 2020) of the Department of Artificial Intelligence. Between 2016 and 2020, she was a Head of Doctoral Studies at the Faculty of Computer Science and Management of the Wroclaw University of Technology. In the years 2004 – 2012, she was the deputy director for research at the Institute of Computer Science. Her research interests have evolved from nature-inspired methods through knowledge-based systems to machine learning and image interpretation. The last subjects are Object Hierarchy Generation and Explainable Artificial Intelligence. She is the author of over 200 scientific papers, four books and co-editor of two books (Springer). She gave several invited lectures. She was a patron of created in 2018 specialization Data Science (master study). She managed research projects on applying artificial intelligence methods in medicine and image analysis. She is active in international cooperation - she has participated in EU projects and managed the Polish-Singaporean research project. At the invitation of the Ministry of Digitization, as part of the AI-Tech project consortium, she began to create, together with the members of the Department of Artificial Intelligence, a new master’s degree study – on Artificial Intelligence. It was launched in February 2021. She is a member of the Program Council of this project. She was awarded as TOP of the TOP Women in AI 2022 by Perspektywy Women in Tech and received the “Distinguished Mentor in AI” award.